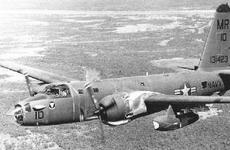 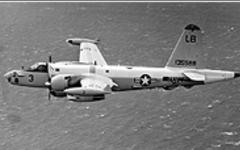 ​Navy, Marine Corps and Coast Guard Aerial Gunners and other Combat Aircrewmen flew in many different types of aircraft beginning in World War II through to modern day aircraft.  The following photos are not in any particular order, but depict many of the aircraft these brave individuals flew in.  They span from World War II to present day.

THIS PAGE IS STILL UNDER CONSTRUCTION.  EACH AIRCRAFT TYPE DEPICTED BELOW WILL EVENTUALLY  BE LABELED APPROPRIATELY.

Theatres of Operation:
Vietnam, Four (IV) Corps
How Were the Aircraft Deployed (primarily):

2.  9 Distributed Detachments (Dets) throughout the IV operating areas.  8 of the dets were two aircraft Dets with 8 Pilots and 8 Door Gunners assigned.  The 9th Det was a 4 aircraft training and operational detachment with 16 pilots and 16 gunners assigned.

2.  Defended other aircraft and inserted troops.

1.  Insert and/or Extract U.S. Navy SEALs and all other Special Forces.

2.  Defending other aircraft and inserted troops.