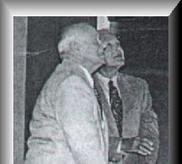 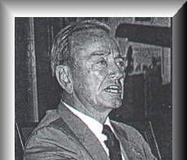 Smith and Herzog unveiling Roll of Honor Plaque aboard Yorktown

CAPT Ray Schultz has been one of the guiding forces behind Roll of Honor.

​When the Navy finally decided to enter aviation in December 1910, a new era dawned for thousands of officers and enlisted men.  By December 1917, pilots were designated as Naval Aviators and wore distinctive wings of gold.  Five years later, in September 1922, non-pilot officers, or Naval Aviation Observers, were recognized with their own breast insignia.  However, the enlisted men who flew aboard rapidly evolving naval aircraft remained unrecognized.  The Naval Appropriations Act of 1916 granted enlisted aircrewmen flight pay and other benefits, but it would take almost 30 years before the Navy created an insignia for these  "Sailors in the sky”

Many heroic aircrewmen have flown aboard naval aircraft and were an integral part of Naval Aviation.  Marine Gunnery Sergeant Robert G. Robinson earned the Medal of Honor for his actions during a daylight bombing mission against a German-held railroad Junction in Belgium on 14 October 1918.  Robinson and pilot 2nd Lieutenant Ralph Talbot were recognized for extra-ordinary heroism in engaging enemy aircraft at great odds.  Figuratively, Robinson "earned his wings.

Enlisted personnel continued to gain prominence through the 1920s.  On 1 July 1921, several basic aviation ratings were created from which the Navy drew its enlisted aircrewmen: aviation machinist's mate, aviation metalsmith, aviation carpenter's mate, aviation rigger and photographer.  Aside from their rating badges, no one could tell that these men belonged to the aviation community.

Aircrewmen continued to take flight aboard biplanes, balloons and dirigibles, losing their lives in some cases.  Over 70 Sailors, many enlisted aircrewmen, were killed on 4 April 1933 when the rigid airship Akron (ZRS 4) crashed off Barnegat Light, N.J.

During WW II, a new aviation breast insignia was designed in response to numerous requests from the fleet to recognize enlisted aircrewmen.  The 19 February 1943 meeting of the Navy Department Uniform Board approved a recommendation from the Chief of the Bureau of Aeronautics (BUAER) for the creation of such an insignia. It was endorsed by the Commander in Chief, U.S. Fleet, and the Chief of Naval Personnel was tasked to issue the appropriate instructions.  The aircrew insignia was to be authorized "for flight crews of Navy planes who have been duly designated as members of aircrews.  Commissioned and warrant officers who have been designated as Naval Aviators or Naval Observers, and enlisted ratings who have been designated as Naval Aviation Pilots, shall not be eligible to receive or wear the aircrew insignia."

In a letter dated 11 February 1943, BUAER Chief Rear Admiral John S. McCain had set forth the provisions of eligibility for wearing the new aircrew breast insignia as "having served, subsequent to 7 December 1941, for a total period of three months as a regularly assigned member of the aircrew of a combatant aircraft."  The term "combatant aircraft" was expanded to include all operating aircraft of the fleet or frontier forces, except utility aircraft which were not designed for offensive or defensive purposes.  "Regularly assigned member of the aircrew" was to be taken literally and must have been annotated as such on the respective unit's battle station bill.  In addition, commanding officers could authorize personnel who had suffered injuries or other physical impairment while engaged in combatant operations to wear the aircrew wings.

The insignia featured a banner across the top on which eligible sailors could affix up to three stars signifying individual combat awards.  Aircrews engaging enemy aircraft, singly or in formation; engaging armed enemy combatant vessels with bombs, torpedoes or machine guns; and engaging in bombing or offensive operations against fortified enemy positions were qualified to wear a combat star, with unit commander approval, on their aircrew breast insignia.  Since Naval Aviator wings were adopted in 1917, many wing designs have been proposed, adopted and changed, with only the gold color remaining constant.

The design of the silver aircrew wings, however, has remained unchanged since its inception in 1943.  Only the size has been altered to match that of other devices in use today.  The qualifications, on the other hand, have been revised numerous times to reflect changes in technology and war-fighting strategies.

The generosity of an Admiral and the big mouth of a Combat Aircrewman, Emeritus, collaborated to actualize a dream long envisioned by members of naval aviation.  RADM James D. Ramage USN (Ret), a living legend among airedales, had been concerned for decades that the exploits of enlisted naval aircrewmen had gone almost totally unheralded.  He coveted long overdue recognition for these heroes in white hats.

Meanwhile, The Association of Naval Aviation had been grappling with increasing the inclusion of enlisted personnel in its membership.  A letter from a fellow services flying officer questioning the inclusion of coolies ignited the ire of this author.  A letter to the editor inquired as to whether we had been and/or were a part of naval aviation.  Responses came from combat aircrewmen, both to "Wings of Gold" and to me personally. RADM "Jig Dog" and I made contact.

Jig Dog contributed a generous sum of money to the Patriots Point Naval and Maritime Museum for the purpose of creating a recognition of enlisted aircrew personnel which would be comparable to the Naval Aviation Hall of Fame.  RADM James H. Fiatley ill, USN (Ret), CEO of the Museum, phoned me to inquire as to whether I could "give him a hand" with the project.  Little did I realize that I had "volunteered" for a project that was about to birth a life of its own.

Among the several early volunteers were Raymond Dansereau and Tom Powell for the carrier community, Harvey Herzog for the seaplane and flying boat community, and Jack Sauter of Korean vintage.  Other aircrewmen contributed leads, suggestions, and stories. We were on the way.

Requirements were hammered out after multiple revisions.  The key words: a.) enlisted - the candidate had to have been enlisted at the time for which being nominated; b.) combat - had the nominee smelled cordite; c.) distinctive -what was unique about his action or was he in "prolonged exposure to combat".

Trips were undertaken to meet with aircrewmen so as to discuss the project and solicit responses.  Letters and phone calls proliferated.  Veterans of the Sea Services from World War II, Korea, and Viet Nam responded.  Contacts were made with the many naval aviation communities which had been blessed with enlisted aircrewmen. Nomination forms were created, requested, mailed, completed, and returned by oneself, spouses, pilots, shipmates, friends.  Articles were prepared for publication.

On October 10, 1996, the designed and created Enlisted Combat Aircrew Roll of Honor covering 350 square feet of bulkhead on the hanger deck was dedicated aboard Yorktown which is berthed at the Museum in Mount Pleasant, SC.  The first inductee was Bruno P. Gaido AMM1C who is the only enlisted person ever to be elected to the Naval Aviation Hall of Fame.

The original Enlisted Combat Aircrew Roll of Honor was started by
Names will be inscribed on the Roll of Honor so that the exploits of these, and indeed of all, Naval Aviation's heroes in white hats will be remembered eternally.

"In lasting recognition of the gallantry and self-sacrifice displayed by the many Enlisted Combat Aircrewmen who teamed with their pilots, in whom they enlisted their fate, to engage the enemy in the air, on land and on the sea, no matter the odds.... "

All present felt the impact of these first words on the Combat Aircrew Roll of Honor plaque.  It was dedicated October 10, 1996 in Hangar Bay Two aboard USS Yorktown (CV-IO) at Patriots Point, in Mt. Pleasant, South Carolina.  The words surely begin to say what has long needed saying: that the role of"the guys in the back," the radioman, the gunner, the ones who no one ever seems to remember, needs to be honored after decades of non- recognition.

The words, and the eloquent ceremonies which were the backdrop for them, are seen as just that: at long last, a beginning.

RADM James H. Flatley, III, USN (Ret.), Patriots Point CEO, noted that the bravest man in combat air action is the aircrewman because he puts his fate in the hands of another. RADM Flatley urged pilots and others to send in stories (to Patriots Point) of candidates for this unique Roll of Honor.

Retired CAPT Melvin Ray Schultz, former combat aircrewman (CA) and Navy Chaplain, introduced the speakers: retired AEC Alfred R. Smith represented carrier aircrewmen; LCDR Harvey Herzog represented patrol aircraft aircrewmen; and SSGT Tab Tesreau, USMC, based at MCAS New River, Jacksonville, North Carolina, represented USMC aircrewmen.  CAPT Schultz noted that the Hall of Honor program would be a vehicle for healing, honoring as it does those who have for so long been unsung because of the enlisted-officer customs of their day.  He added, "Very few of us saw ourselves as heroes.  But the exploits I've been·collecting for inclusion in the Roll of Honor defy description.  They must not be lost to history.  They shall not be lost to our families.  We had joined a brotherhood which made us closer than blood brothers."

​
Herzog remembered his days as an aircrewman.  "In PBMs, we all felt the urgency of the missions and flew our seaplanes 300 to 500 feet over periousl seas in order to engage the enemy." SSGT Tesreau, a helicopter crew chief, referred to the "importance of the Roll of Honor for today's aircrewmen.  It lets us know what we do in the back isn't going unnoticed."

The Roll of Honor resulted from a sponsoring endowment provided by RADM James D. "Jig Dog" Ramage, USN (Ret.), in gratitude to his gunner, Jim Cawley, who flew with Ramage in SBDs, and for the similar actions of so many others.

Honored as the first inductee is AMMI/C Bruno Gaido (1920-1942), radioman-gunner in VS-6 aboard Enterprise (CV-6).  In the first carrier raid of WWII on the Marshall and Gilbert Islands, Gaido ran to his aircraft on the flight deck and fired the SBD's rear gun to help destroy an enemy plane which was so close it crashed into the tail of his Dauntless.  He received a commendation and promotion for his actions and later was post-humously awarded the Distinguished Flying Cross for actions in the Battle of Midway.

Forced to ditch during the Midway fighting, he and his pilot were picked up by an enemy destroyer, interrogated, weighted down and thrown over the side.  His courage in combat and when facing death was exemplary.  Gaido was also inducted into the Carrier Hall of Fame aboard Yorktown in October 1995, the first enlisted person so honored.

It is hoped that Gaido's name on the Roll of Honor plaque will ultimately be joined by many more in years to come.  CAPT Schultz said, "The Enlisted Combat Aircrew Roll of Honor memorializes every person who rode backward in the rear seat, each one who straddled a torpedo while lying on his belly, who manned the guns mounted in a patrol plane blister, who flipped switches in an AD, or who hung on a string dangling from the open door of a chopper.  To each one, the Roll of Honor is dedicated."

Terry Walton is a free lance writer and editor and has been writing about Patriots Point Naval & Maritime Museum and the Yorktown Association since 1992.