The Navy, Marine Corps and Coast Guard Enlisted Combat Aircrew Roll of Honor, Inc display, shown above, shows the names of more than 700 Aerial Gunners and other Combat Aircrew Inductees from World War II, Korea, Vietnam, Iraq and Afghanistan.  This display can be found aboard the U.S.S. Yorktown which is berthed at the Museum at the Patriots Point Naval & Maritime Museum - Charleston Harbor, Mount Pleasant SC.  It continues to grow as more and more Combat Aircrewmen are found and their stores told.

​The photo above was taken on April 13th, 2018 immediately following our 2018 Roll of Honor Induction Ceremony where we inducted an additional 37 Combat Aircrewmen.  This display will continue to be upgraded as more names are added to the "ROLL OF HONOR" and other changes / upgrades are made to the physical display.

​Between the years 2010 and 2016, the Roll of Honor display was nearly dismantled due to lack of donations and support.  Many of the support personnel for the Roll of Honor, most of whom were the primary donors, have since passed away, therefore there remained no financial support for the ROH program itself, let alone upkeep of the physical display aboard the Yorktown.  Just this year, a group of prior inductees and several other persons, got together and came up with a plan to get the ROH back up and running again.  The now, officially named, "Navy, Marine Corps and Coast Guard Enlisted Combat Aircrew Roll of Honor, Inc, is an actual corporation registered in the State of Oklahoma and has only recently received approval by the Internal Revenue Service (IRS) as an 501(c)3 Tax Exempt organization.  We can now accept donations and provide the donor with an official receipt, which they can claim on their annual income tax filing as a charitable donation.

If you feel you, or someone you know, may be eligible for induction into the "Roll of Honor", please use the Requirements Document located at the bottom of this page to determine eligibility.  For those that feel they are eligible, please complete or have the nominee complete the Nomination Form, also located at the bottom of this page.  Even if the person is no longer with us (deceased), they can still be considered for nomination into this prestigious program and I strongly urge you to make contact with us so that we may assist you in submitting your nomination.

It is nearly impossible to find documentation from the nominees prior branch of service and in most cases, it is becomming more and more difficult to find any information whatsoever.  Most records that are found, are lacking a great deal of information on the nominees combat awards.  Records are having to be reconstituted utilizing the records from other personnel who served and flew with them.  Additionally, we are having to request statements from those indivudual to support the nomination.  Computing the nominees combat flight hours is possible, but very difficult.  Please try to store the records of these individuals in a safe place.

Please help us in our effort to keep this program alive for your sons and daughters, your grandchildren and great grandchildren, and beyond, to be able to walk up to one of our kiosks and type in their grandfather for grandmothers name and see a photo of them from when they were serving, a list of their combat awards, and a short story or two of their actual combat experiences.

​Additionally, the Roll of Honor program is needing donations to ensure the program continues and that more deserving Combat Aircrewmen are added to Roll of Honor display and kiosk.   Allowing these individuals documented heroic achievements to collect dust in an old attic, or worse, to be thrown out with other old papers, is difficult to even think about.  This is what is happening way too often.    Donations may be made directly, by check or money order, to the Roll of Honor, 716 Sherman, Alva Ok 73717 or you may make an electronic draft using the donate button above.

No donation is too small. 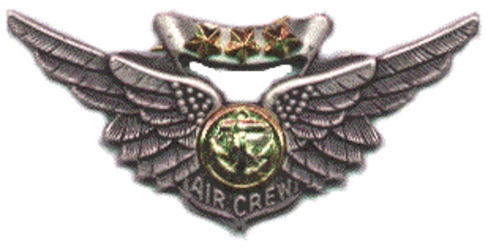 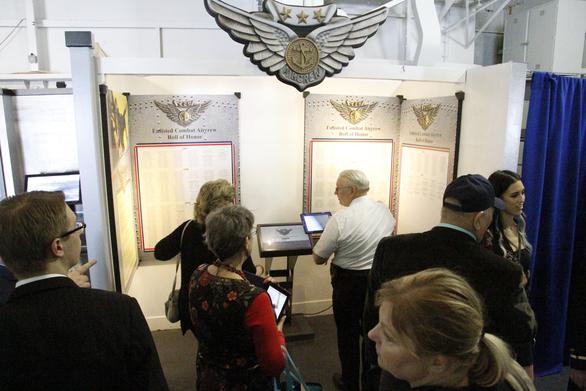